Over 30 years of animal-handling experience

Animals have always been a huge part of Chrissy's life, whether they were her own or those she took care of in various other positions involving animals such as an internship at The Flushing Meadow Park Zoo working with bears and other wild animals. Although Chrissy then started a career in the entertainment field working at NBC and Paramount Pictures in Manhattan, animal positions always appealed more to her than the cut-throat corporate world. She soon found herself back with animals - this time at a commercial horse farm on Long Island.

Over 12 Years of Animal Handling Experience

Ricky is an extremely important part of Chrissy's Castle of Critters and is key in handling all aspects of the business, including animal care, computer tech, finances, all-around fix-it guy, etc., etc. Ricky does it all !! He is Chrissy's right-hand man, and has her back at all times. Ricky was with us from the start, and has been a paramount figure in our Sodom Road relocation project as well. We have no idea what we would do without him and all he does to keep Chrissy's Castle running smoothly! 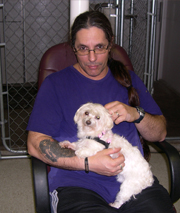 Over 12 Years of Animal Handling Experience

A primary figure at Chrissy's Castle of Critters, Pete is our rock, who not only handles all aspects of animal care, but also facility maintenance and jumps in wherever else he is needed. This guy keeps Chrissy sane, haha! Pete is also a primary off-premises specialist, so it's common to see him doing the many off-premises animal jobs we get as well as taking care of the facility. When he's at work, you will usually find him with a dog sitting on his lap! He is an asset to our operation and pretty much does it all! We are very fortunate to have Pete and all of his many talents at Chrissy's! 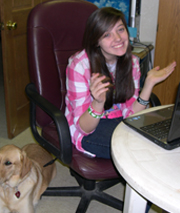 Over 9 years of Animal-Handling Experience

As Chrissy's daughter, Valerie has been exposed to all walks of animals since the day she was born, and although she's still just a teenager, Valerie is one of our toughest and most experienced animal handlers (don't let her size fool you!). Valerie is also extremely enthusiastic - always eager to help with whatever care our animals need, whether it’s feeding, exercising, babysitting, cuddling - you name it - Valerie is always up for the task! Her energy is endless and we are so lucky to have Valerie and her wonderful love for animals with us! 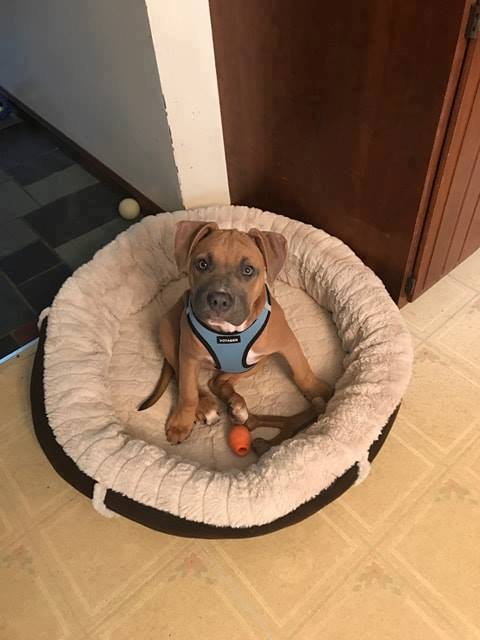 Meet little Luna, Chrissy's newest rescue! She is a Pit Bull / Boxer mix and cute as can be! Luna's mom gave birth to 13 puppies and the 14 family members were displaced from the devastating tropical storm Hurricane Harvey that hit multiple state including Texas and Louisiana in Aug. 2017. A rescue group was able to help this family of 14, giving them a safe place to stay in Tennessee until foster homes could be found for all of them. Luna and one sibling were placed with wonderful foster parents in Brooklyn, NY until Chrissy came across her story on social media and applied to adopt the adorable little puppy. Right now, Luna is 5 months old and a real love bug (always giving kisses and wanting to snuggle!). Luna enjoys the days Chrissy brings her to work at Chrissy's Castle where she has lots of fun and many doggie friends to play with! 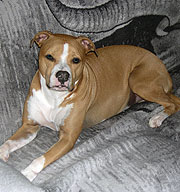 Elmer is definitely a favorite amongst the canine guests that come to our facility. He is always friendly and eager to help all of our animal friends feel comfortable in their home away from home. He is the first dog all of our return guests look for when they initially arrive for their stay, because he is the one familiar canine face that is always here each time they come. Elmer's start in life was a very rough one - cruel teenagers poured hot glue on his front paws when he was only 4 weeks old. He was violently shaken to purposely keep him from sleeping and was attacked and bitten by other dogs (again - this was at only 4 WEEKS OF AGE!). They did other awful things to him as well, but thank goodness an angel was watching over him, stole him from the teenagers, and brought him to a rescue group. When he arrived he was barely clinging to life, malnourished, exhausted, and his wounds badly infected. Chrissy saw Elmer's sad story on the internet and knew she had to have this puppy so she could give him the happy life he deserved. The scars on his front paws still remain, but judging from the overwhelming love in Elmer's heart, you would never guess what a horrible experience he had as a tiny puppy - he has forgiven and loves both humans and animals alike, despite what was done to him. The entire staff at Chrissy's as well as our animal guests just love this happy little guy with the sunny disposition. Yes, Elmer is a Pit Bull, and yes, we at Chrissy's have a soft spot for the Pit Bull breed - one of the most loyal, affectionate, and majestic breeds out there, yet sadly the most abused and misunderstood 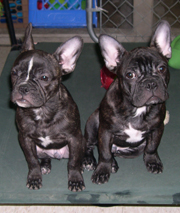 These little guys love all dogs and love to cause trouble! Our doggie guests love them! 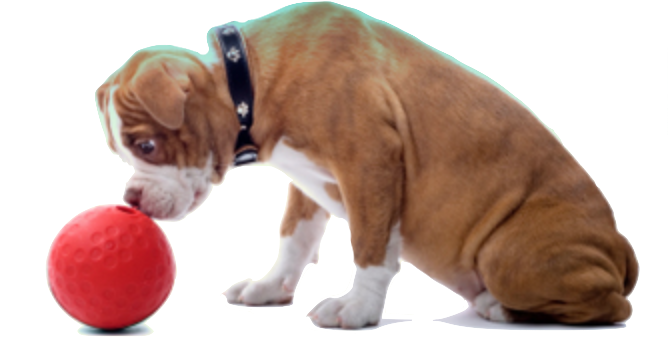